Some things I just keeping trying even though they have never worked in the past.  Are you like that?
One thing is grafting -  I tried both a lime and a lemon tree grafted onto a citrus that grew up from the rootstock of a lime mandarin.  I cut a pointed edge on the scion and then inserted it into a slit.   I rested a moist bit of coconut husk into the branch above the graft to allow some moisture and then placed a plastic bag over the entire thing.   Tied up nice and tight with grafting tape.

The other thing I have not always had success with is pollinating pumpkins.  I see lots of bees and flying insects, but supposedly pumpkins have to be hand pollinated.  I have let a volunteer pumpkin have its way in the back veggie patch because at least it shades the ground.  I have heard young pumpkin leaves are very tasty, but I have never tried them.  This little thing was right beside the path so I got a female flower and broke away the petals then sort of dabbed it all over the stamen.  I hope I wasn't too rough, but I was too lazy to go and get a paintbrush.  It looks like a cute little stripey butternut. 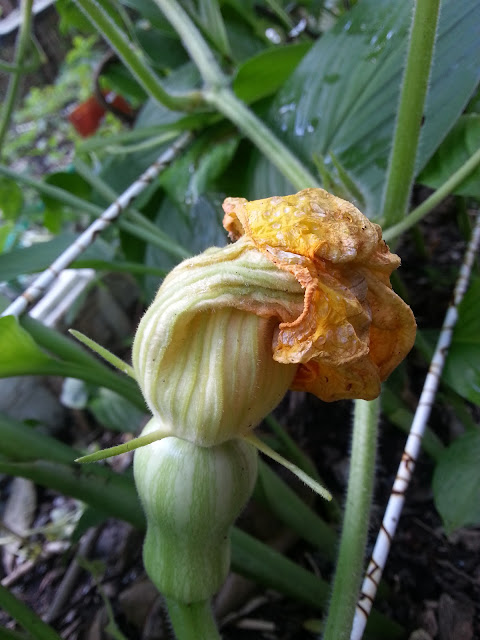 I thought my cranberry hibiscus had totally disappeared, but it has sprung to life again!  This has lovely zingy tasting leaves - great in a salad mix. It is supposed to be perennial, but in my climate sometimes things just dont survive. I dont blame them, summers here can be cruel.  We have had record high temperatures and record low rainfall. 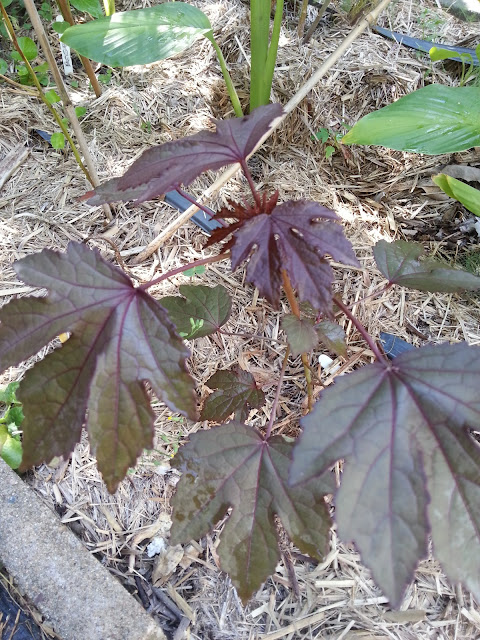 .... which brings me to my flowers.  I have noticed that the flowers on the anthiriums 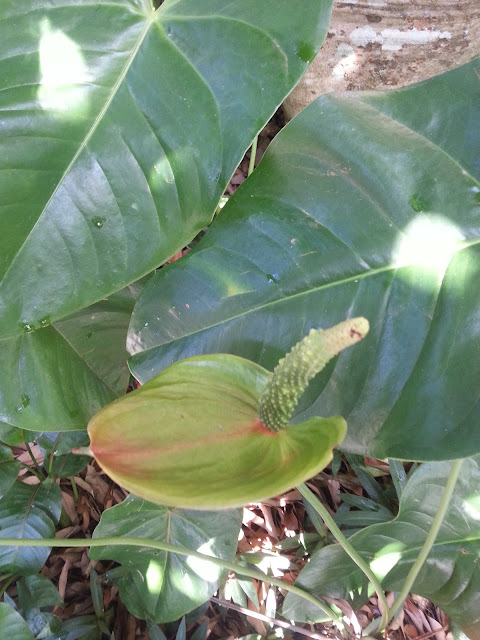 and peace lillies (spathiphyllum)  all green or very pale.  I gave them all a foliar spray of seaweed with a bit of epsom salts and sulphate of potash mixed in.  That is my goto mix for any struggling plant. THEN I check Mr google!  They could either be older flowers that are turning green or heatstress. I think I know which one gets my vote! I dont know if these are the older flowers, but I dont think so.  Anyway, I will cut them all off, that will give the plant a bit of a rest anyway. 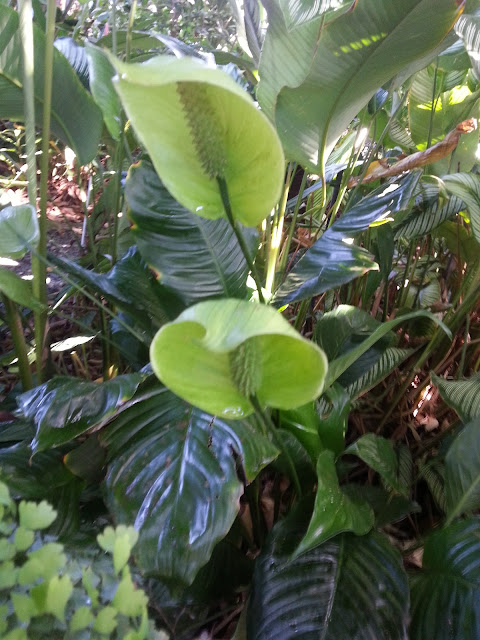 I found a little orchid on clearance at the supermarket so it had to come home with me, and it seems quite happy for now. 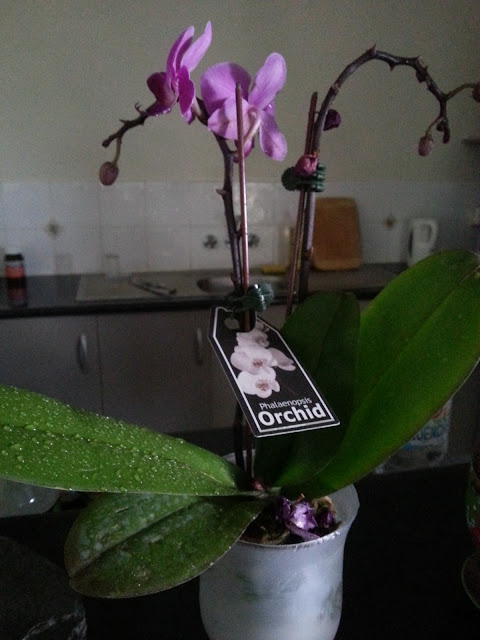 I hope everyone's new year has started off well.

Posted by africanaussie at 1:39 PM