Mulch - how important is it in the garden?

Living in the tropics, I find that the soil must be covered at all times, either with plants or mulch.

The pine bark mulch at our local supermarket was on special, so I rushed in to get 14 bags.   I tend to switch what type of mulch I use in the garden over time. Last year I used hay mulch, and the time before it was peanut husks.    Of course, all the time I also have lots of leaves falling from my lychee tree.  I do pick up a lot of those leaves for the compost, but plenty lie under tree slowly forming leaf mold.   They can draw nitrogen from the soil as they break down, but I find a sprinkle of home made  compost on the leaves every now and then seems to fix that problem.  The first area I added the mulch was the little bed right outside the bedroom window.  I had weeded that bed the day before, and removed the mondo grass edging as it was getting too invasive. 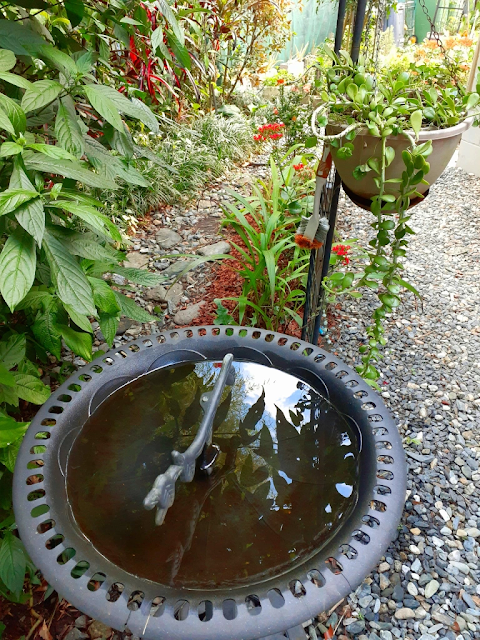 I think the ground orchids will grow well in that area now. Those are pink and purple, and I just noticed how much red there is in that area.  Next I moved onto the area under the lychee tree and near the gate.  The fern forest I have now named it.   I like to name areas of my garden, and this used to be fan palm corner, until the fan palms got too big, and I had to chop their heads off!   I now have a selection of tree ferns growing there and have added my orchids to the fence, and also hung some on the fan palm trunk.  The pots of rex begonias form the edging. 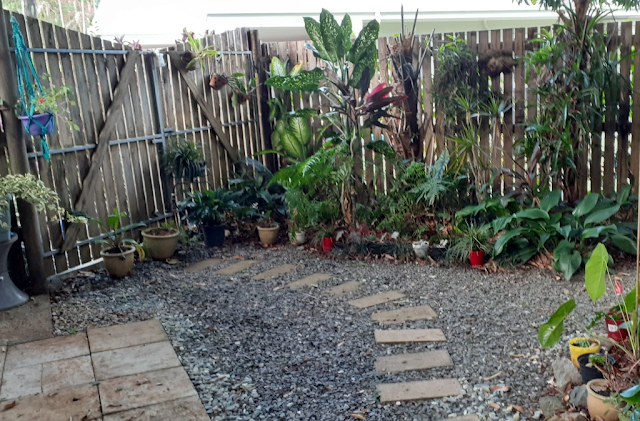 On the other side of the big gate is the entrance, and I tidied up that area, moving the desert roses over next to the pathway, while I work on that bed, but might keep them like that, as I do love the flow of the path. 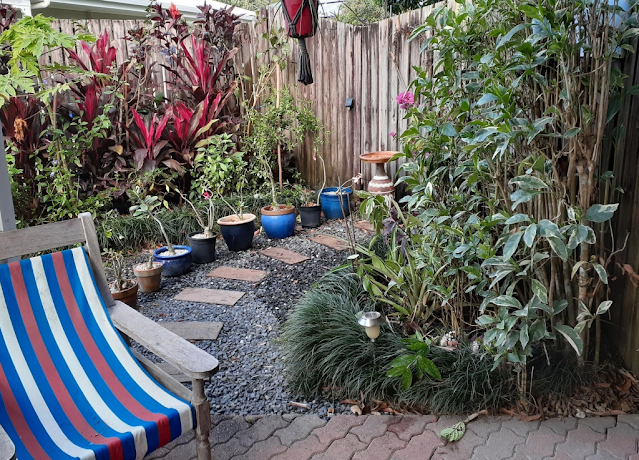 The other area out the front needed lots of weeding, so hopefully the mulch stops the weeds growing up again. 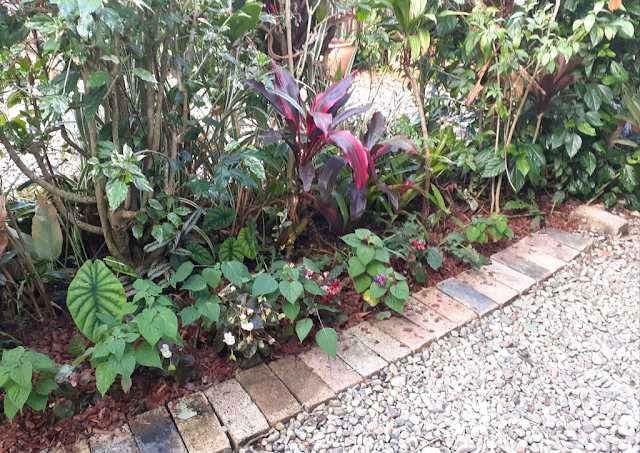 I still have half the bags left, but will add compost to the pots in fruit salad alley before I mulch them.   The area where the lady slipper orchid resides will be a big job cutting back and weeding.   It is just starting to flower, and I have been vigilant this year in keeping it contained to one area.    (I think!!!, you never know where it will pop up next!)

Do you tend to stick to the same colour grouping in areas?

What mulch do you mostly use, or do you chop and change like I do?

Posted by africanaussie at 8:23 AM

Email ThisBlogThis!Share to TwitterShare to FacebookShare to Pinterest
Labels: mulch