New plans for the veggie patch

Having done two overseas trips this year, and suffering drought conditions which led to water rationing for a year means my poor little garden has suffered.   My hubby did his best to keep watering at prescribed times, but we have had high winds, and then also visits by plenty of bandicoots.  They find a way in through the smallest possible little gap under the fence.
This has of course been very frustrating, and I began to wonder if in fact I really do love gardening.  It is all so hard.... miserable .... depressing......Oh my gosh I got myself into a deep place of miserableness.
"Hello"  said the flowers on the dragonfruit, cheering me up a bit, 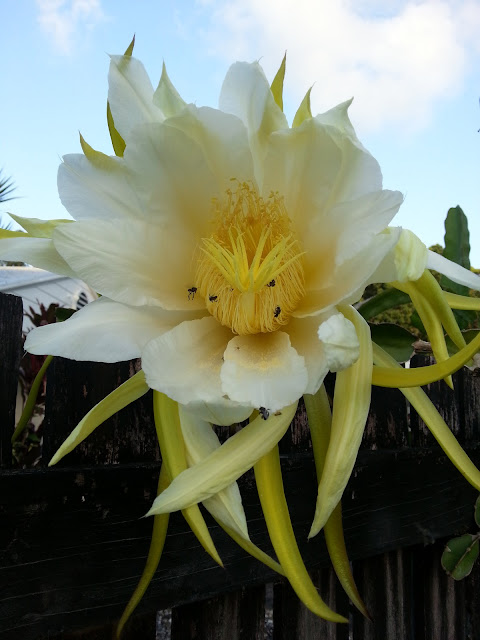 and the golden candles seem to be thriving in this weather, 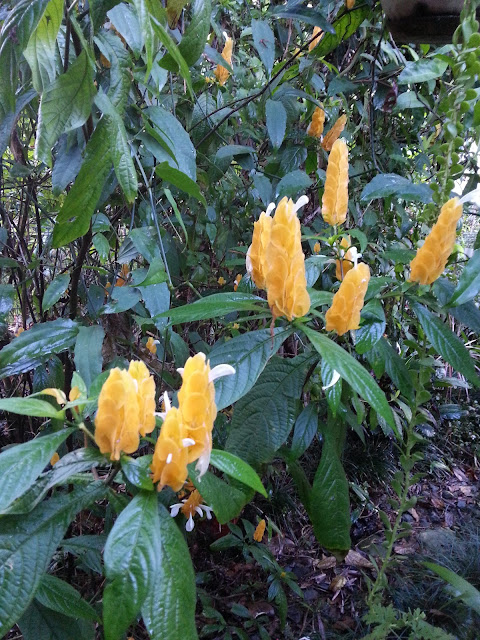 Plus ....Yes!  there are lychees ripening, and I am sure there are other creatures watching for the minute they are ready to pick, just as I am! 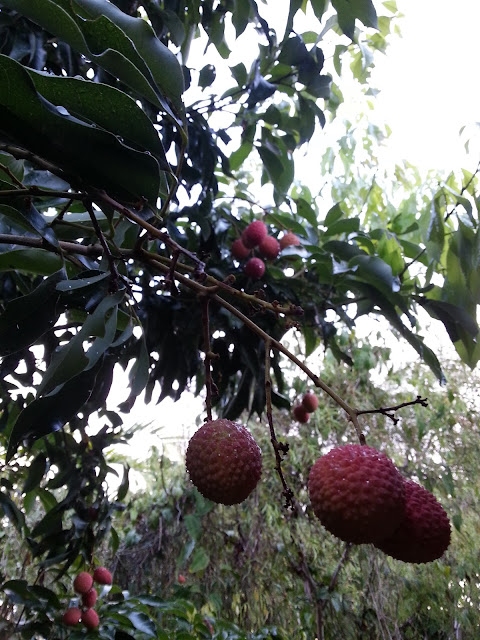 After having the family over for  a breakfast out in the garden, hubby and I had a little chat, and both feel so much better, because we have PLANS.  Big plans, so hopefully the budget complies and we find some awesome deals. 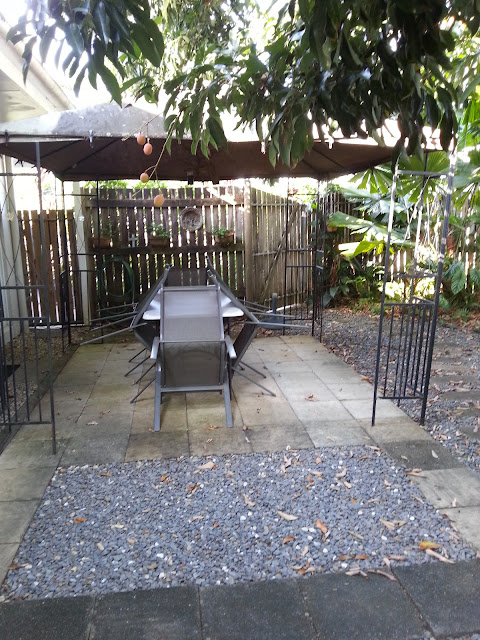 We are once again in the market for another gazebo/cover/awning.  In the past we have found some awesome deals for the gazebos, Although they really only last about three years.   We are thinking of looking at something a bit more permanent.   The old gazebo will be re-used in the veggie patch.  We really do need shade for veggies to grow properly in this climate, and I plan to build two raised beds, (or maybe four square ones? - one in each corner?) which will anchor it nicely, and also stop the bandicoots from getting into the beds. Not to mention that as I get older raised beds make more sense. 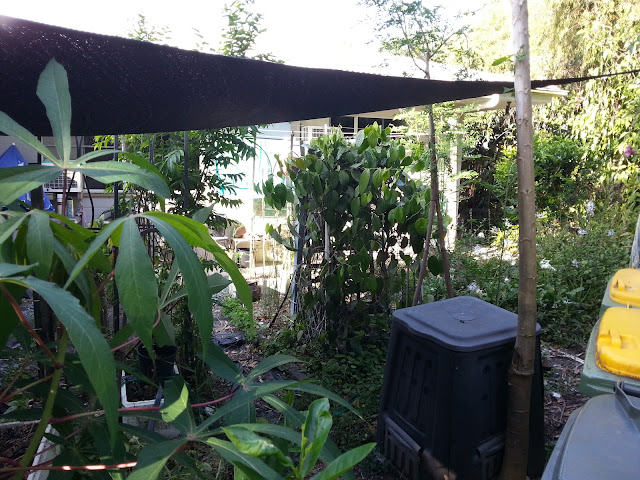 We have been digging out the roots of the Barbados cherry to remove it from the veggie patch.  It has become too big and unwieldy and I think was taking too much out of the soil.  I think there is a fine line as to what shade plants to use in a food forest!  My gosh those roots are tenacious though!   I will see how it goes with the shade of the gazebo, but might end up replacing the fabric with shade cloth. 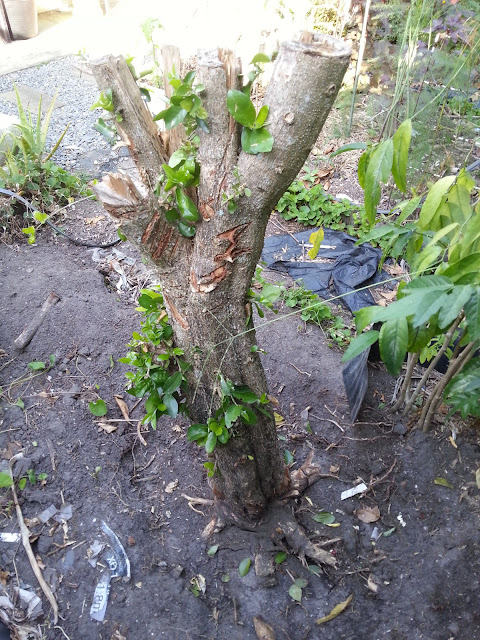 So the work begins, and I wonder why I ever thought I didn't like gardening. I just needed to make some plans!

Posted by africanaussie at 11:21 AM