Easter weekend spent in the garden

Happy Easter to all - a little late, but I was out in the garden!  Four whole days doing gardening related activities.  Can life get any better?
On Saturday we went shopping and I spent my birthday coupons - what fun!  I decided to incorporate a couple of plants inside and have a row of terracotta planters with aloe vera on on the kitchen counter. 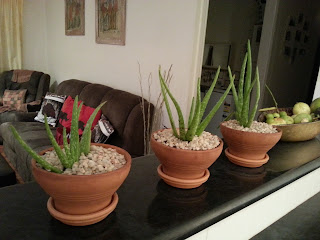 Then I also found an amazing stand and pot that now has a spathiphyllum in it.  Bringing the outdoors inside a little bit! 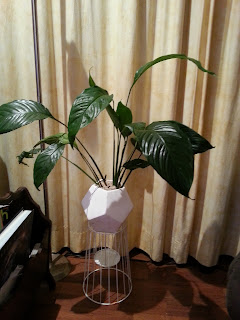 A lot of work was done in the veggie patch.  I laid out another soaker hose as my old ones perished.  Chook poo (chicken manure) was spread out over the main bed where I added lime a couple of weeks ago.  This was then covered over with a few layers of wet newspaper and some sugar cane mulch.
Some things have done well in the greenhouse - my tomato seedlings have done well - I planted a few out into the garden.  Red cherry and yellow pear, the rest of the tomato plants were transferred into deeper pots and remain in the greenhouse.  The tatsoi has just grown long and leggy as well as the lettuces, so think I will plant seeds direct.  The corn out in the garden has either been eaten or has suffered from dieback, so there are only four plants remaining.  Against this trellis in the above photo I planted cucumber and against the back fence I planted snow peas.   I cant always grow snow peas, but on the way into work this morning the temperature was 22* C so I count that as a good sign.
I want to start some silverbeet, and more kale -  already there is some doing well in the greenhouse along with the peppers and moneymaker tomatoes and I will be planting those out into the garden in early May.

The cactus rose along the front path were all tidied up and some of them re-potted.  I added a white gravel mulch. 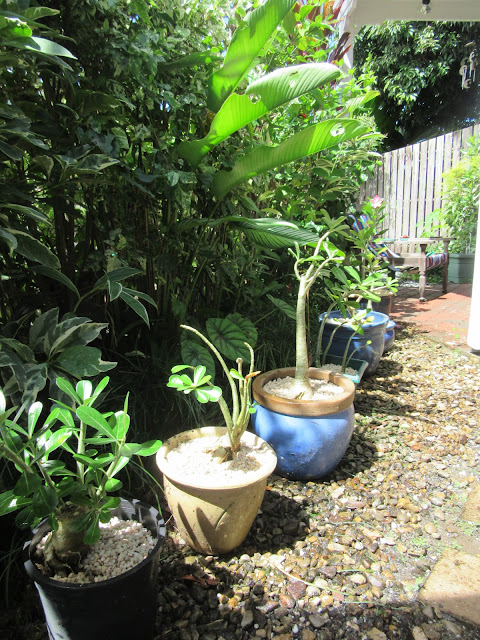 I bought some more big pots and then the fruit trees in fruit salad alley were re-pottted as well. Home made compost and five in one were added to the potting soil.  The mondo grass at the back was trimmed right back and the passion-fruit vine was also trimmed.  The strawberries were moved into the veggie garden as they were being covered over by the passion-fruit.  I see lots of delicious tasty fruit and veg in my future. 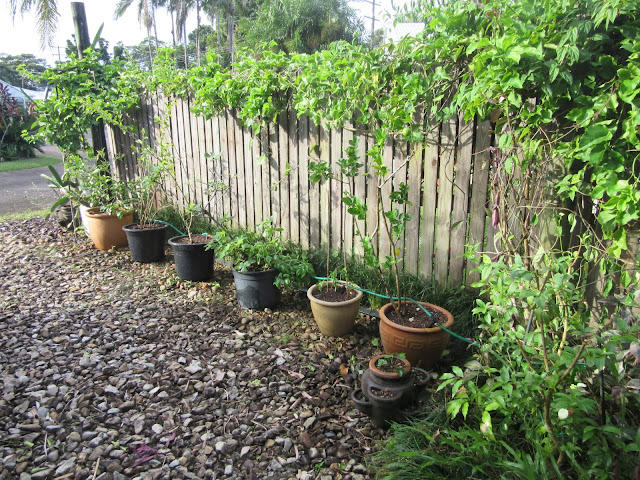 Did you also spend your time over the long weekend working in the garden?

Posted by africanaussie at 1:56 PM