Once again I have not posted since the garden share collective.  This month is supposed to be about preserving.  The only thing I have preserved is the peppercorns that I preserved in brine.  Whenever I see a new stalk I pick it and pop them into the brine. Easy peasy. Certainly not going to keep us in pepper for a year though. 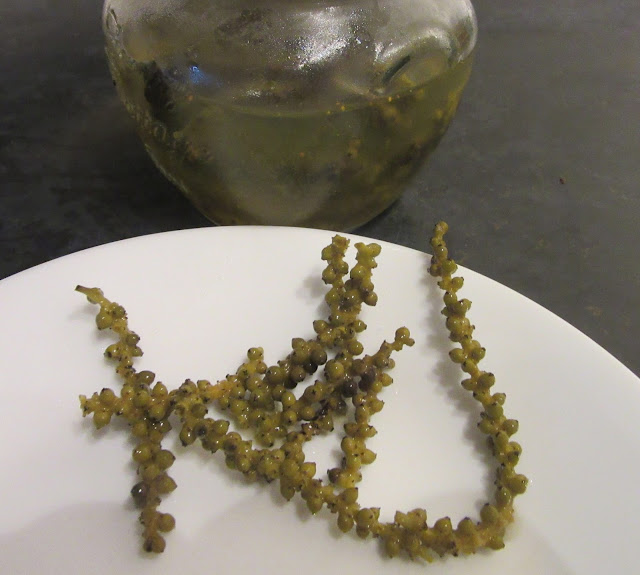 I read that the peppercorns only fruit on the lateral branches, and since the vine is sending shoots out, I thought it might be a good idea to put up a trellis.  Hopefully those will climb up and spread out and then it will be easy to harvest.  Only one aspargus plant has been really succesful - the purple asparagus, so I moved the other two onto that side of the trellis and will see if they do ok there.  I have harvested some of the asparagus already this year and it is the most amazing aspagus I have ever tasted.  Even if I let them get too long they are still tender all the way to the end. 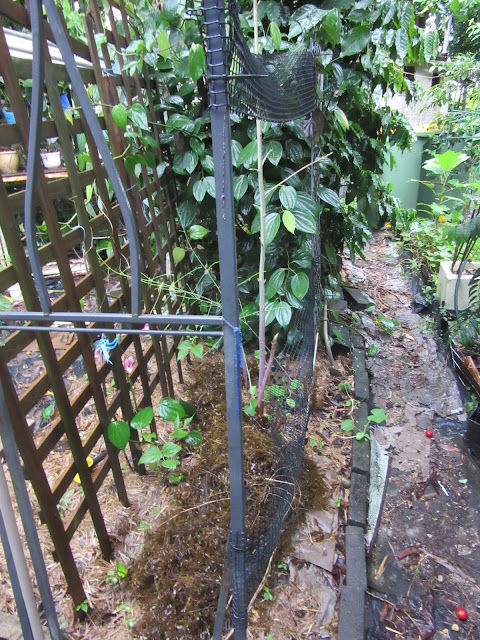 The other side of the trellis was where I planted some tropic tomatoes.  They did well last year in another bed, so hopefully they do well again this year.  It really is still a bit early to plant out tomatoes, but if I lose them I lose them and if they survive then I have a head start on the season. 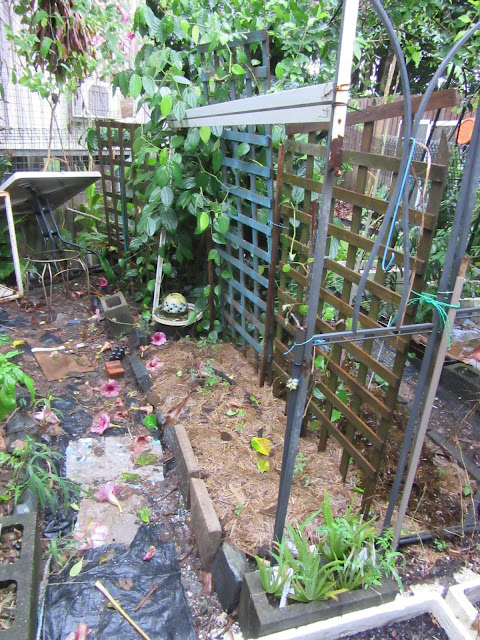 Against the fence I planted a few green beans, with a few cucumbers in front. I got those on the clearance rack and the cucumbers didn't survive, but the beans look like they will.   I have been digging up some awesome sweet potatoes, just as I need them.  I keep topping that bed up with compost when I have to make room in the bin and they seem to be loving it. Yesterday I plonked a load of seaweed on top as well! The clearance rack yielded up some green beans, cucumber, zuchini, asian greens and kale.  I planted them out and tucked them up in some lovely sugar cane mulch.    Most people plant much later in the season, but I always try to get a head start, and using the clearance veggies means I am not much out of pocket if they dont survive. 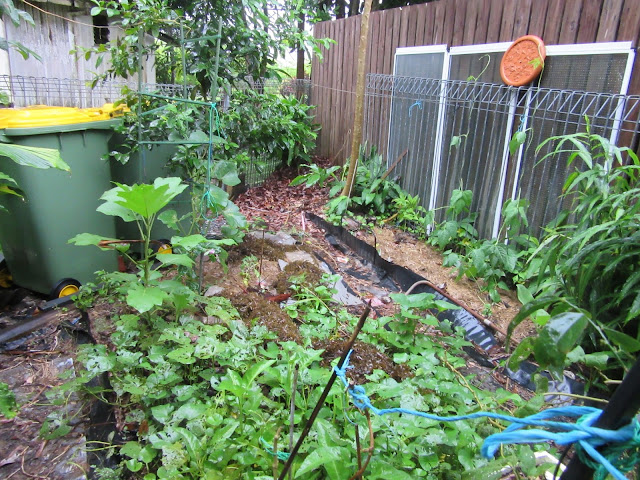 I need to dig up some ginger as it is going crazy - really crazy in one particular area - that was where the worm bucket was before - could it be that, that has made the difference?  I still have quite a bit of ginger still in the freezer from last years harvest, but have taken a liking to ginger and tumeric in coconut milk after dinner so my stash might start to go down a bit quicker. You can see how high and thick and lush it is in one area! 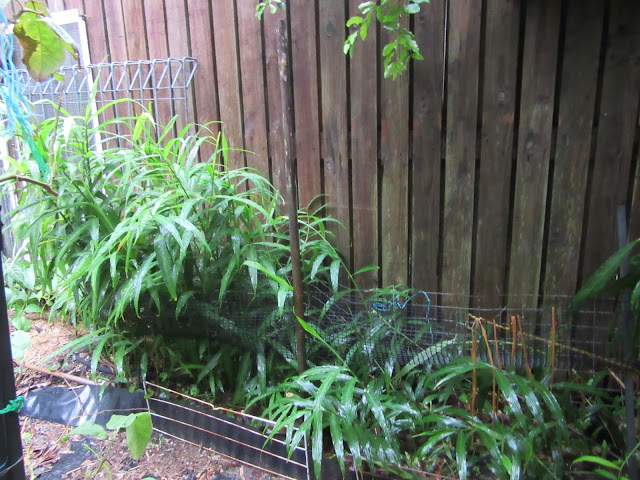 As promised I have been getting ready for my dry growing season - we really havent had much of a wet season.  Horribly hot and humid, but not much rain.  I did a bit of shopping - lime since that is reccomnded when you add a lot of compost to the soil.  Then I found a big smelly bag of  mixed manure - and also some epsom salts and sugar cane mulch.  I already have charlie carp and sulphate of potash on hand.  My barbados cherry is full of blossoms! 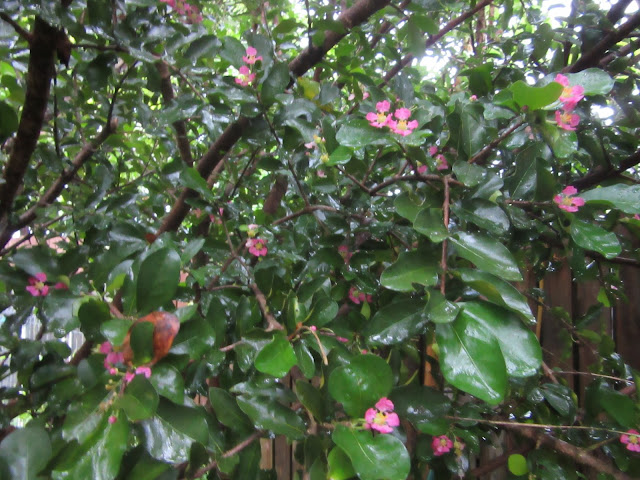 I often find fallen cherries lying on the ground, in perfect condition - they are full of vitamin C, and have three pips inside, unlike regular cherries. 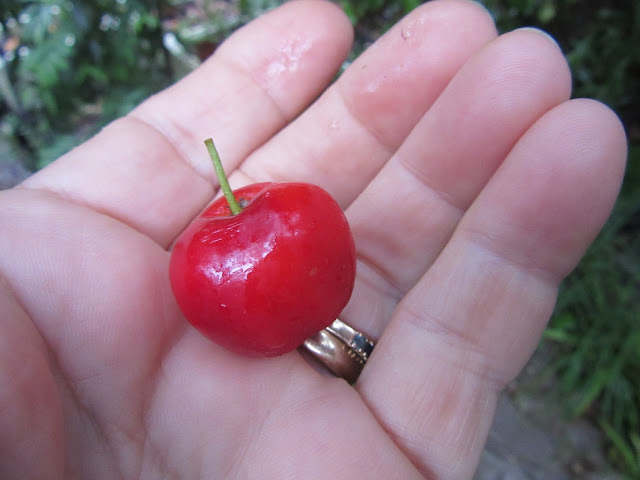 To do:  I will be digging up the rest of the sweet potato and adding lime to that bed - it needs to rest a bit before planting.  I placed an order for some seeds, so am anxious to start off my dry season veggies.
Posted by africanaussie at 7:44 AM