Over the weekend I paced out my garden and it is a triangle 12ft long by 10ft wide.  This photo is taken looking roughly South, so gets the morning sun, and afternoon shade.  To the right I have climbing snow peas and beans with lettuces and tomatoes in front.  Also a few volunteer pawpaw trees.  To the left I have (from the front) spring onions, barbadoes cherry tree, rocket, cucumber on a frame, eggplant in wicking beds, lettuces, volunteer sweet potatoes, tropic tomatoes and a dwarf mandarine lime tree. 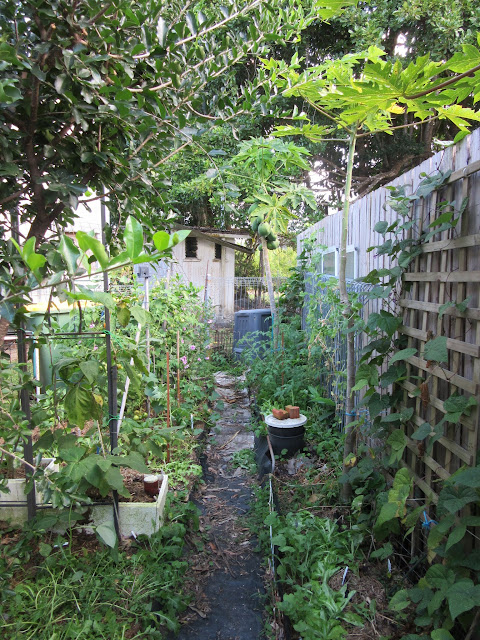 This photo is taken from the herb spiral where my veggie garden comes into a narrow point, looking West.  The first bed is a herb spiral that over the years has flattened out and merged into the surrounding area incorporating some gerber daisies as that is one of the few sunny spots in the garden. At the back of that is an old gazebo frame which has orchids hanging on it.  The herb spiral has a rosemary bush on top, then cuban oregana, sawtooth coriander, flat and curly parsley, dill, garlic chives. 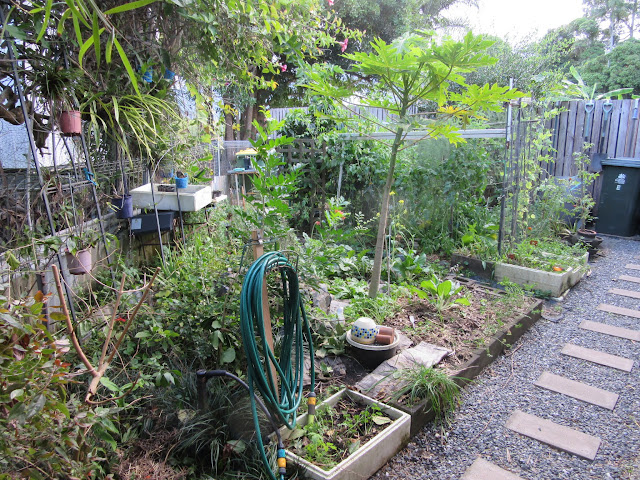 This photo is taken from the other corner of the triangle. Next to the mandarine lime tree I have two old council bins they were giving away at one stage.  They are great for storing excess mulch, potting mix, buckets etc.  The bed behind that is my perrenial bed with lemongrass, vanilla, coffee, peppercorns, asparagus tomatoes and polysterene boxes of mint and kang kong next to the path. 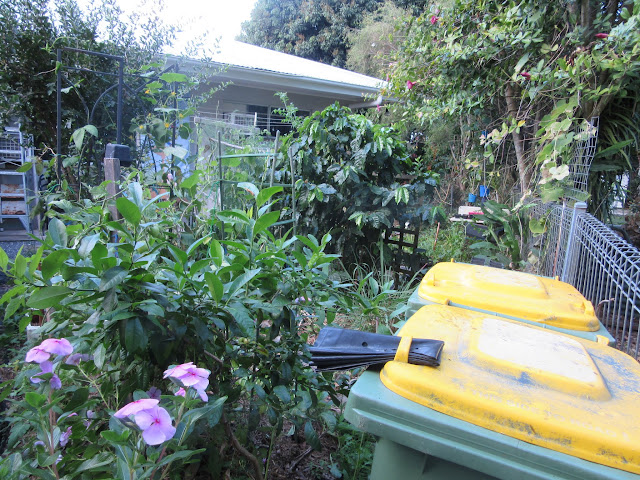 This has been a very productive season for me.  Lots of leafy greens, herbs and tomatoes for salad.  Cucumbers have suffered from downy mildew - even the so called resistant variety.  My new favourite green is tatsoi - I got some seeds in a seed swap and sowed them pretty liberally, and am I glad I did!  I got them from Liz at Eight acres - thanks so much - now you can see your seeds in action! 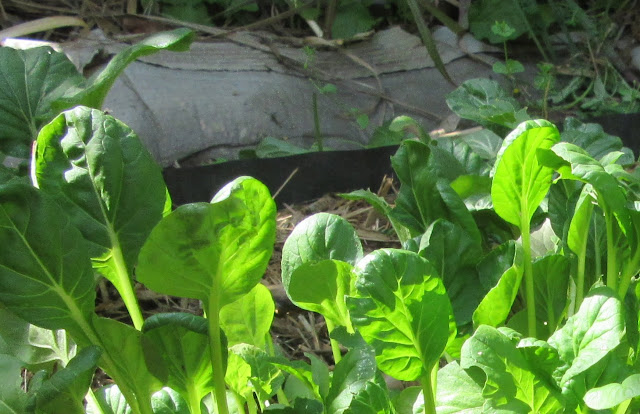 Blue lake beans were not too succesful - only providing a snack for the gardener, never a meal for the family.  Snow peas likewise.  Tropic tomatoes have been amazing and have been feeding our family and all the neighbours for months now.  This is a pretty regular daily harvest, without the leafy greens which I pick as needed. I let these eggplant get a little over-ripe but they were still great roasted. 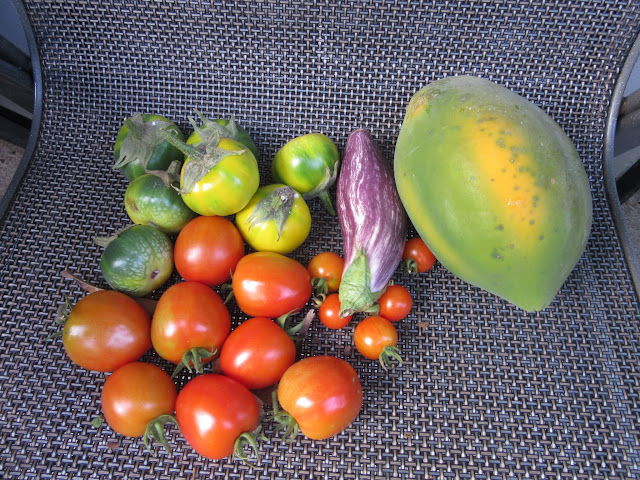 In fact I never got around to picking this bok choy and it is going to seed - I think the flowers are supposed to be good in salads, so I might pick some and save some. 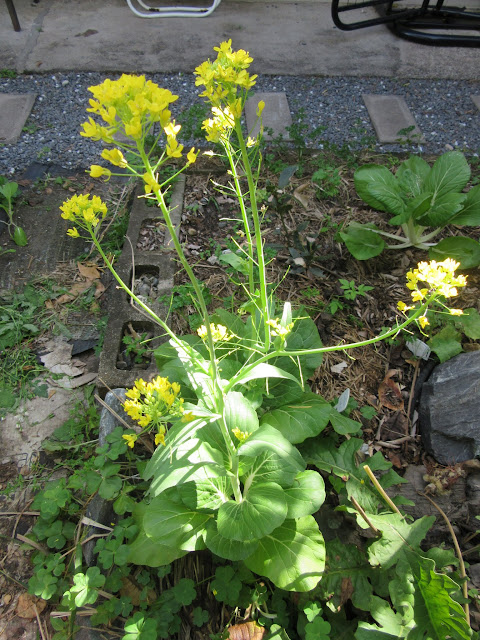 My visitors loved eating out of my little slice of paradise.  I think the fact that it is shaped like a slice of pie is a good thing!
Posted by africanaussie at 8:37 AM