Cutting back overgrown plants and using my new fertilizers

I got two different types of organic fertilizer in the pack that I won, and decided over the weekend to add some to the rest of the garden.  I recently planted lots of seeds in the veggie patch and think it will be a good idea to wait until they grow up into seedlings before I add any fertilizer to them. The seeds themselves are their own little fertilizer packages for the first few weeks.
I did dig some fertilizer into the area where I planted the snow peas, after I removed the Rosella plants so will be able to compare the difference.. 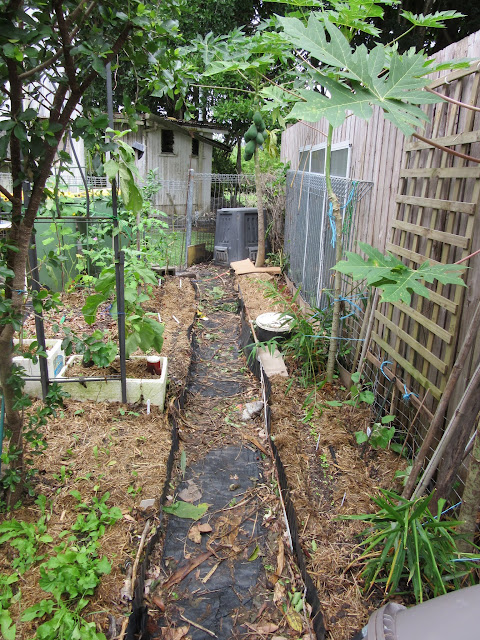 Firstly I cleared the paths and edgings of excess leaves. The beds around the lychee tree are layered with fallen leaves and leaves and branches that I have cut back while trimming plants.  I noticed that there is a white mould/fungus in some very shady, wet areas.  I hope this is mycellium which is what we want to build up in the rotting matter and not some nasty fungus.
I moved the rex begonias into one section - I think they look good en masse.  The maidenhair fern is looking sad, and doesn't seem to be putting out new shoots.  Do they need to be dug out, re-potted and all the old fronds cut away?  They supposedly like shade, but the part that is not putting out any new growth is at the back which would have been in deep shade. 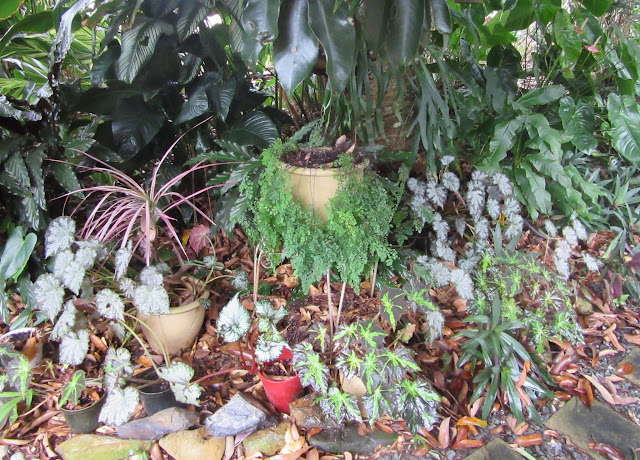 I don't want to cut back the branches of the lychee tree because we could be getting fruit in a few months, and those lower branches are the only ones we can reach!  A lot of my plants really require a bit more sunlight to flower though. Fortunately the Anthirium just love the shade under the tree, and I think I now have more than twenty plants propagated from one gifted plant about five years ago!  My neighbour asked for some plants too, so it is the gift that keeps on giving. 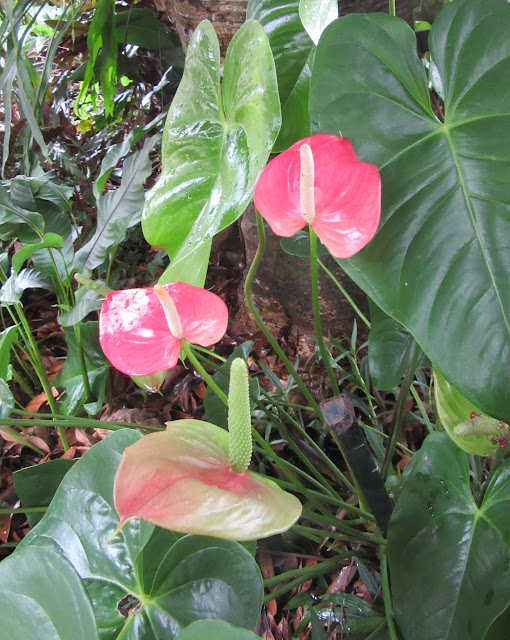 I moved most of the ground orchids into sunnier areas, out the front, and in the amaryllis bed.   Then I got out the loppers and hedge shears and went to town.  Hubby gets very nervous when I do that - he has a hard time believing that they will grow back thicker and better.  My favourite plant is flowering (well one of my favourites!)  the lipstick plant. Now that I have cut the geisha girl back the lipstick plant can be in the limelight, and maybe a bit more sunlight wont be too bad for it either. 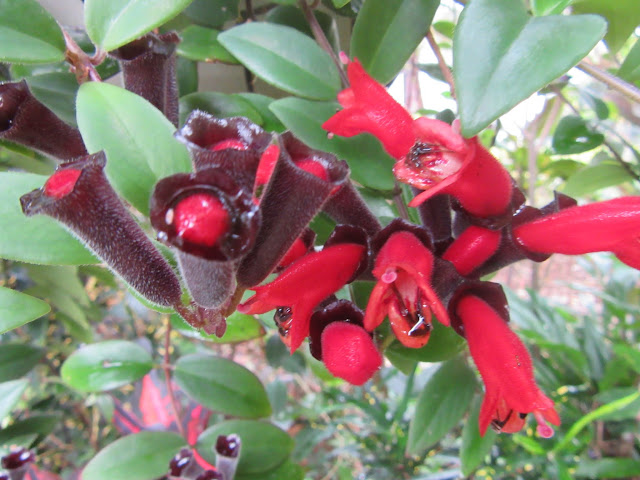 I have removed most of the large heleconias out of the very back bed as they didn't flower because of the shade and were overcrowding the area.  I moved the white crepe myrtle there as that is year round, whereas the heleconias were dying back a bit in the winter.  The pink and red gingers can stay, and I took the opportunity of starting some more plant by the layering method. I will do a tutorial on this later.  The corner where the sexy pink ladies are is easier to see now too (as long as I continue to keep things trimmed!)

Everything got a sprinkle of the new fertilizer and a good watering in - with rainfall, which is rather nice
Posted by africanaussie at 8:39 AM