Last weekend I decided to make cheese again, and called up a friend to see if she wanted to join me. I have a tiny kitchen and knew we would have to share the thermometer, but had pretty much doubled up on everything else we would need.
We made haloumi, and whey ricotta, and it was a fun afternoon.  There was a forty five minute break where we sat and had a salad and some of my life changing bread.  I gave her the recipe so that she could use some of the leftover whey to soak the ingredients for the bread.  Using up every last scrap of the ingredients is something I love about cheesemaking.
That night I made up a simple salad of greens, avocado, sauteed haloumi and tinned tuna. Yum 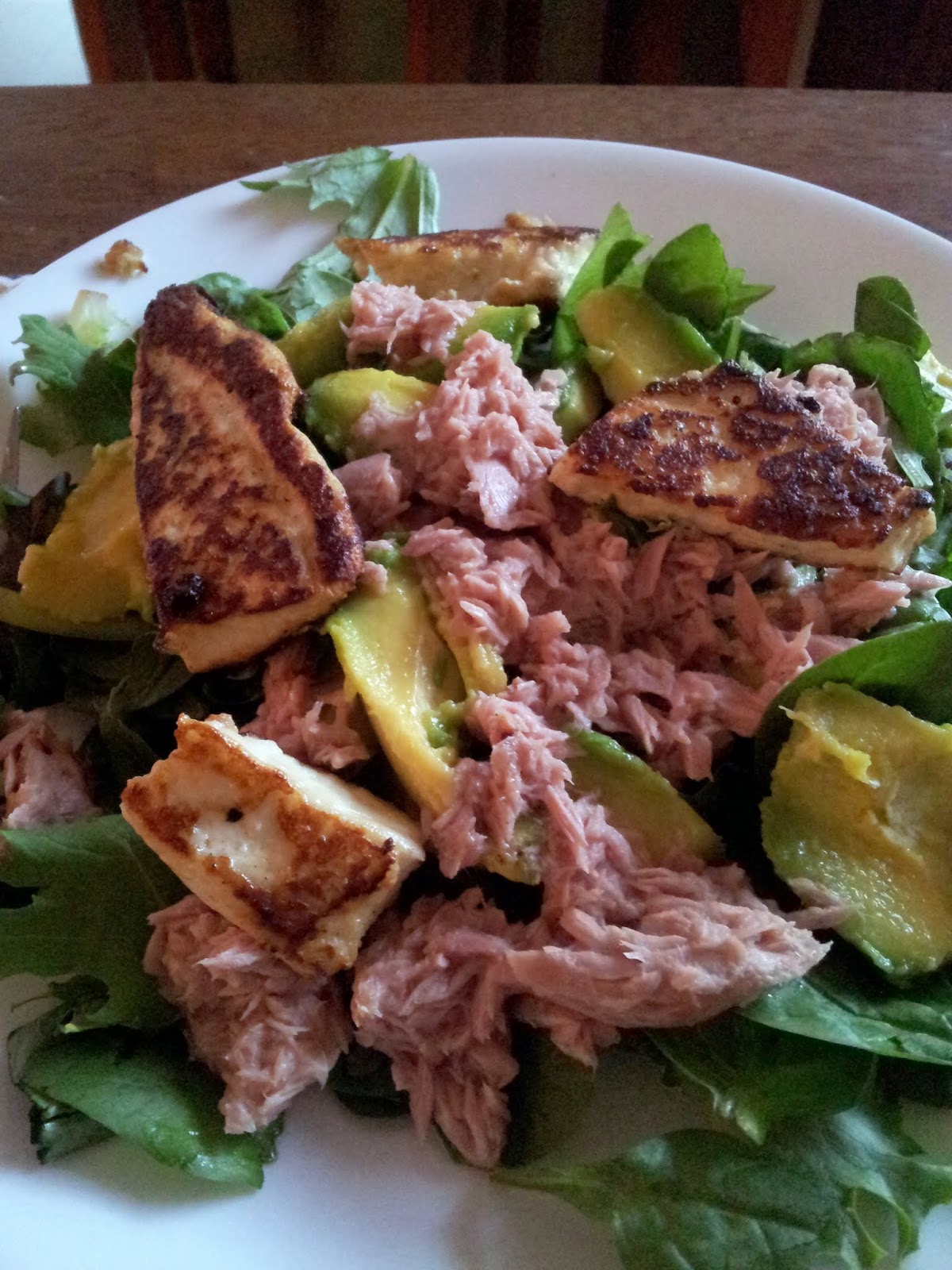 When she had left I looked in the fridge and realized I had another two litres of milk just sitting there.  It was not going to be used up before it went off, and the kitchen was all still nicely sterilized and ready for cheesemaking.  I got out the recipe book, and found that quark used just two litres, and not a lot of time....  I had heard a lot of Europeans rave about quark so gave it a go.  A very simple cheese, the milk is just barely heated, and then a mesophillic culture is added, and the milk left overnight at room temp.  The next morning it is left to drain in a cheesecloth lined colander.  I tried some with berries for breakfast, but then remembered my daughter talking about German cheesecake.  I found this recipe , and used up all the quark, omitting the cream, and halving the sugar.  I used lime zest in the crust.  Oh, Oh what awesome goodness!  I will be making this again! 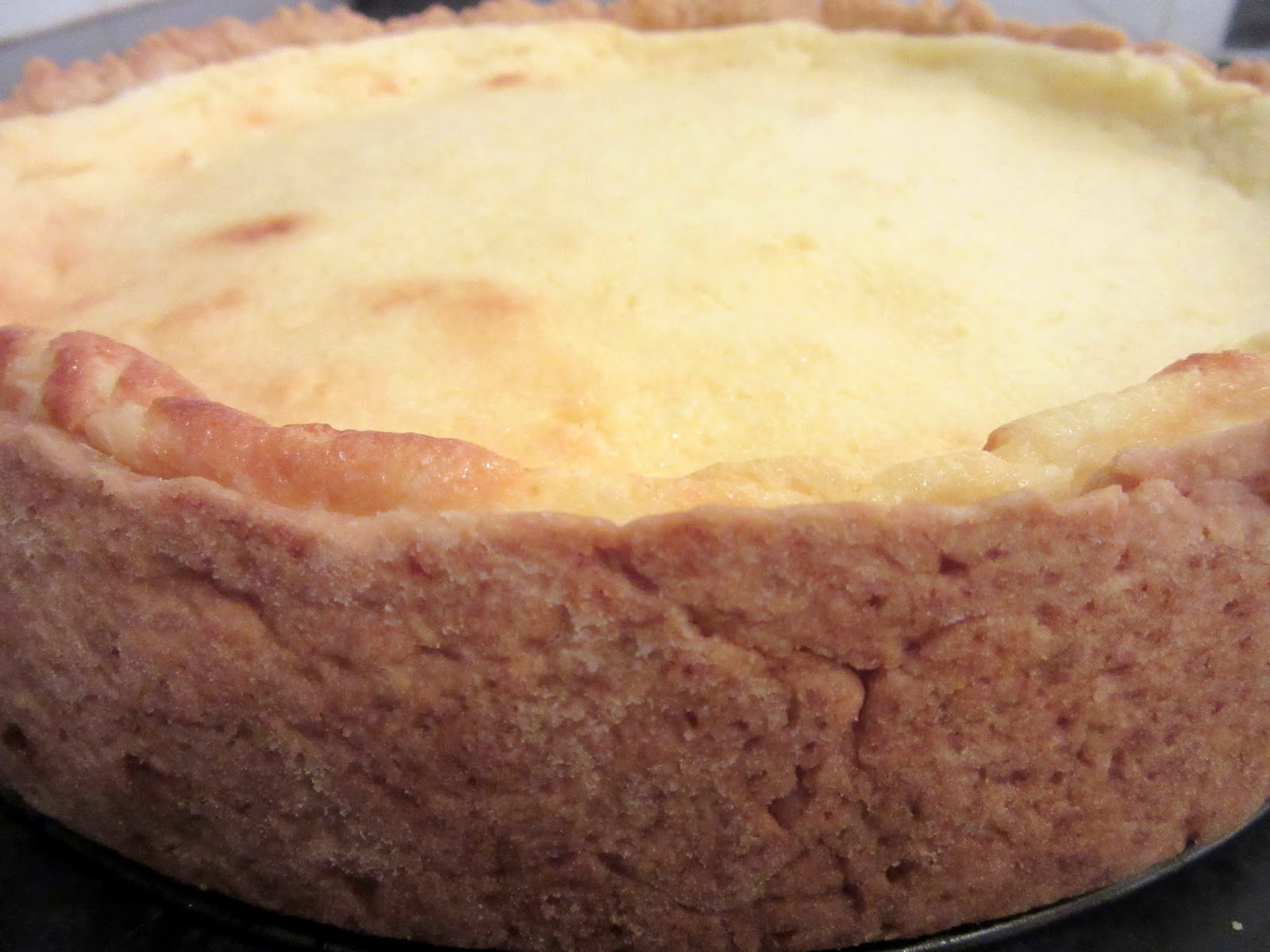 With a cup of coffee and berries on top it was as good as any cheesecake I have ever had. 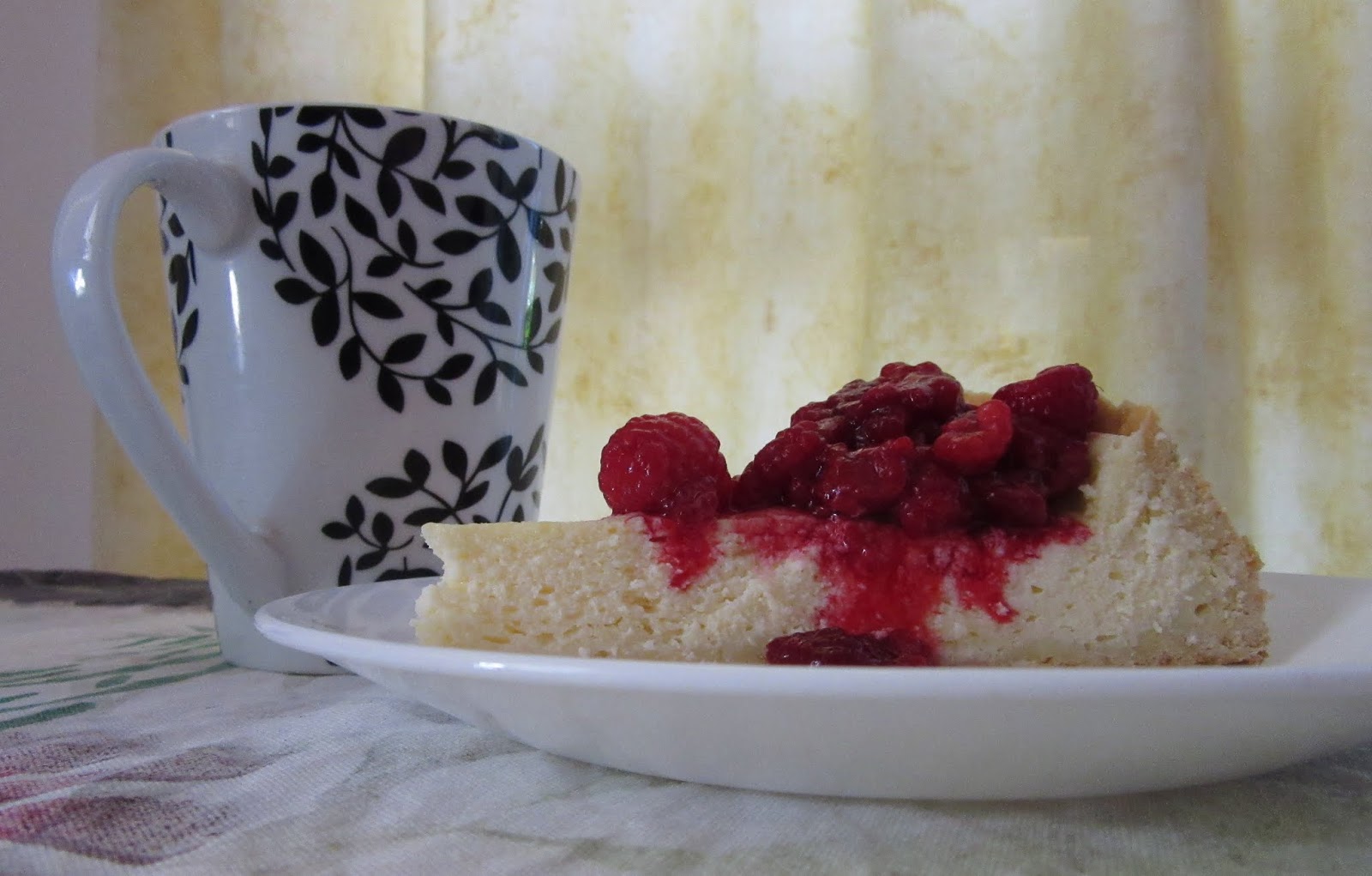