Happy Christmas and enjoy your time with family and friends

Last weekend I was busy baking and tidying up the garden.  Hubby has erected the new gazebo that we bought.  Almost the same as the last one we had which lasted a good five years, so hopefully this one does the same.
I felt a bit guilty inside with the aircon on, while he was outside in the tropical heat.  We both achieved what we had hoped though, and this week I will be able to give out some of my home made Christmas treats.  Next weeekend I will bake some of the more delicate items to be served at Christmas. These bliss balls are what I have in mind for dessert ..... recipe
A new recipe I tried was the Gingerbread Mocha biscotti:  recipe here at kitchen simplicity.  They are lovely, and perfect with my little teabag idea that I already posted about. Rooibos chai cookies which I dont really have the recipe for as I swayed so much from the original recipe. Here is the original recipe.  I made the chai mix and added it to some rooibos tea, and that was when I decided to add the rooibos instead of the black tea.  The cookies are great, and it was a nice tea to sip while baking. Gingerbread men and trees.  I made a million of them, and had a hard time herding them into the boxes before they ran out of the door :)  Run, run, as fast as you can...... 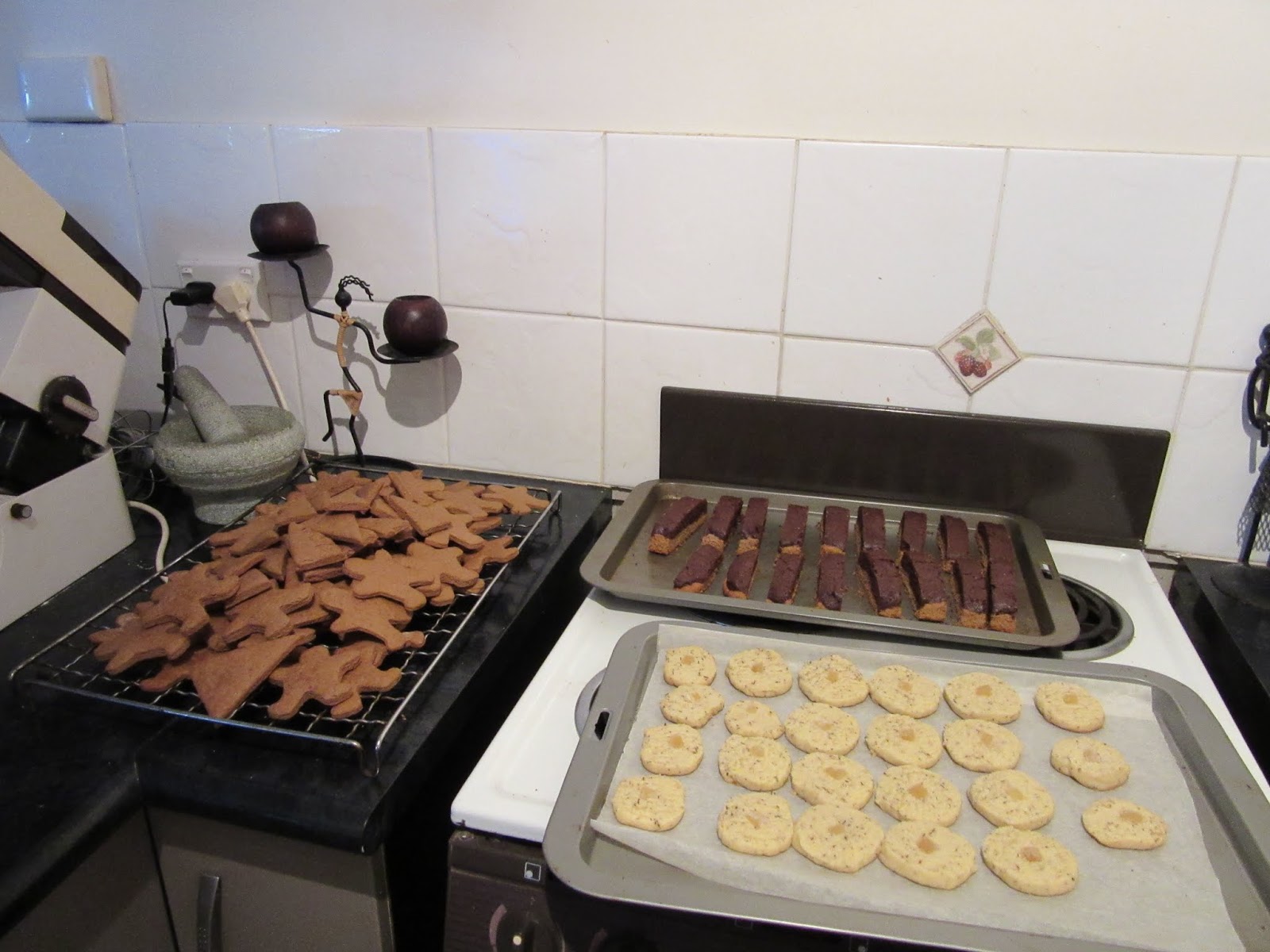 Here are the gingerbread men all dressed and ready to be packed up.  I use royal icing as it sets hard. 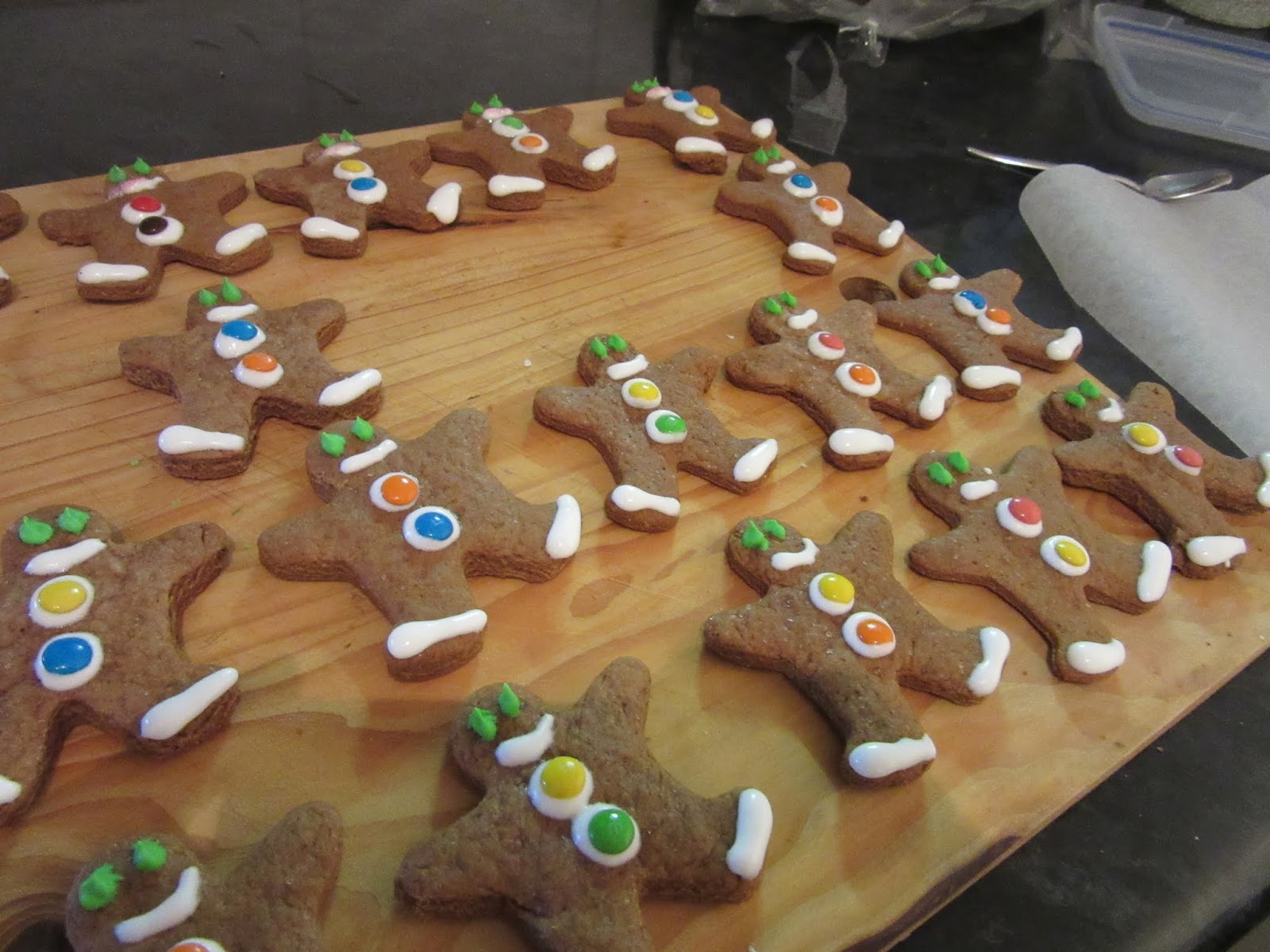 I also made some christmas trees this year with green icing and sprinkles.  The stars are more like blobs, I have no idea what happened to my proper nozzles... 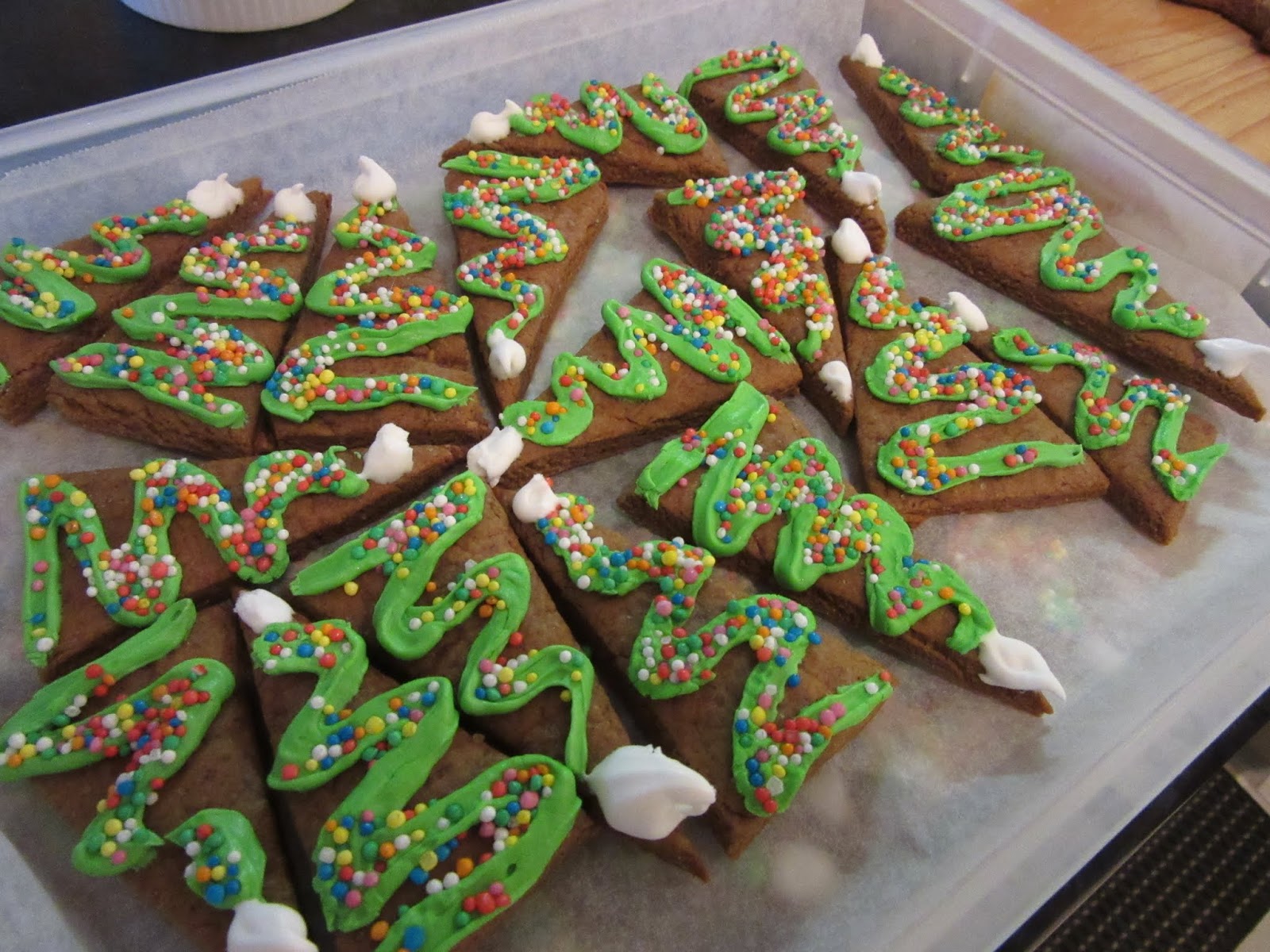 I will be taking a blogging break for a couple of weeks and will see you again in January.

Happy Christmas
and
A Very Happy New Year!!
Posted by africanaussie at 8:45 AM

Email ThisBlogThis!Share to TwitterShare to FacebookShare to Pinterest
Labels: In the kitchen