Once again it is time to link up with Lizzie at the Garden Share collective
I looked back on last month where I was saying how dry it was, and it is still dry!  We had a few sprinkles, but watering the garden is something that we just do not do here!  I put up an extra shade cloth, but really need to purchase in some sugar cane mulch for the veggie patch.  I have been using my compost, but it is not enough.  We have never seen so many leaves falling, all the compost bins are continually topped up, I have to keep adding water so that they can rot down. I have two shade cloths up, and the only thing I am trying to do is keep the weeds at bay. 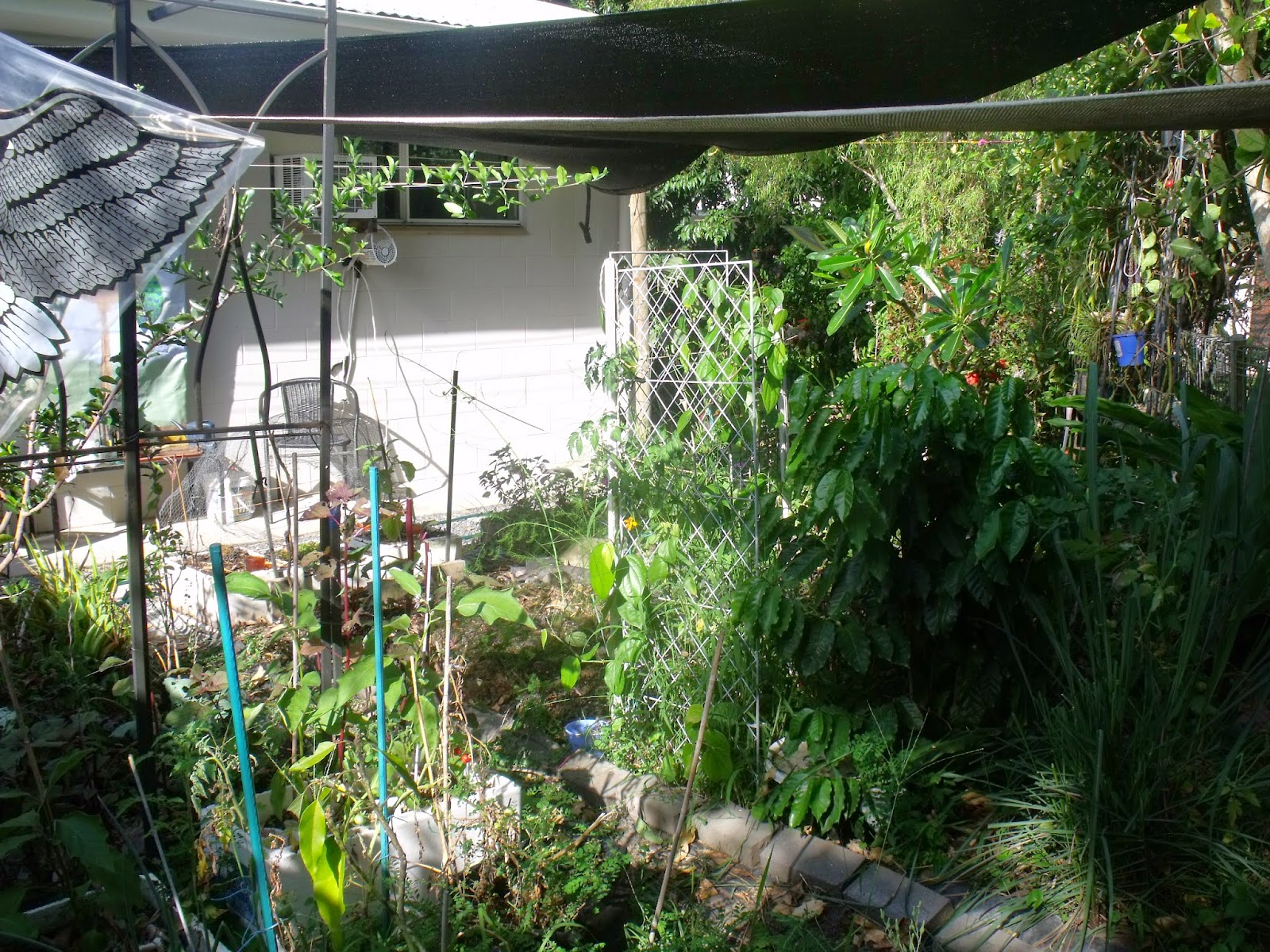 The yellow cherrry tomatoes are still producing, and I have two types of eggplant the tsalonika long purple and a little round thai  white one that I got from a  lady at the markets. Both growing in wicking beds. 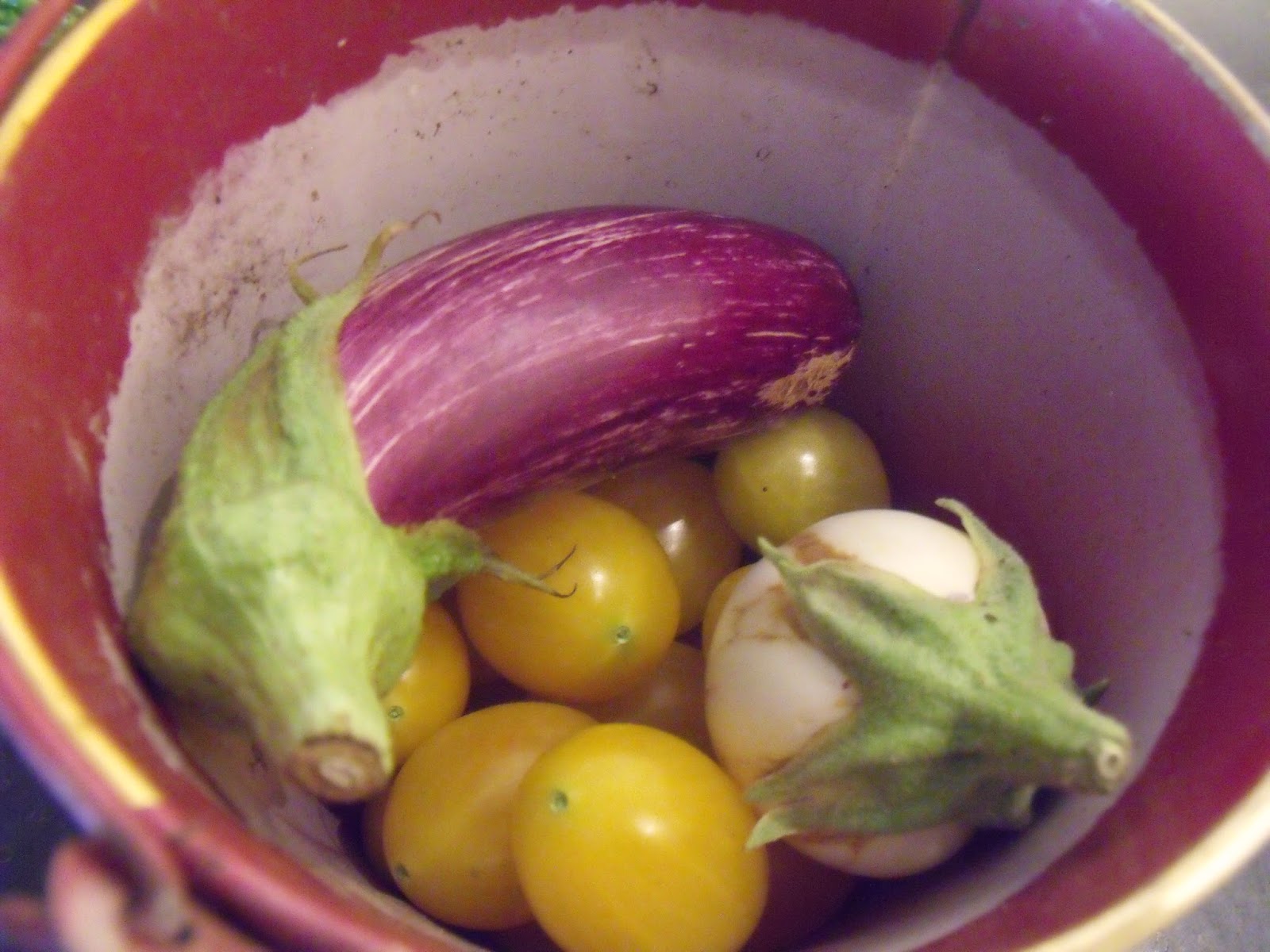 The asparagus bed was quite over run when I returned so that had to be attended to.  I had mulched well before leaving for my trip, but there were cosmos, amaranth and even some cherry tomatoes trying to wend their way in.   The tomatoes in the wicking beds in front were tied  up so that they were not sprawling all over the paths, and that looked a bit neater immediately.  This weekend I pulled out the last of those tomato plants.

The rosella was full of flowers on my return, so I dried some for tea and saved seeds and will plant more out along the back fence.  I have started the seeds, and have three that have come up.  I might start some more.

There are some little buds on my coffee bush, so I am anxiously watching those to see what happens.

The pepper vine seems happy enough.  I heard that it only fruits on sideways branches so I have been pruning it back.

I purchased a rhubarb plant and planted it in the front of the asparagus bed. 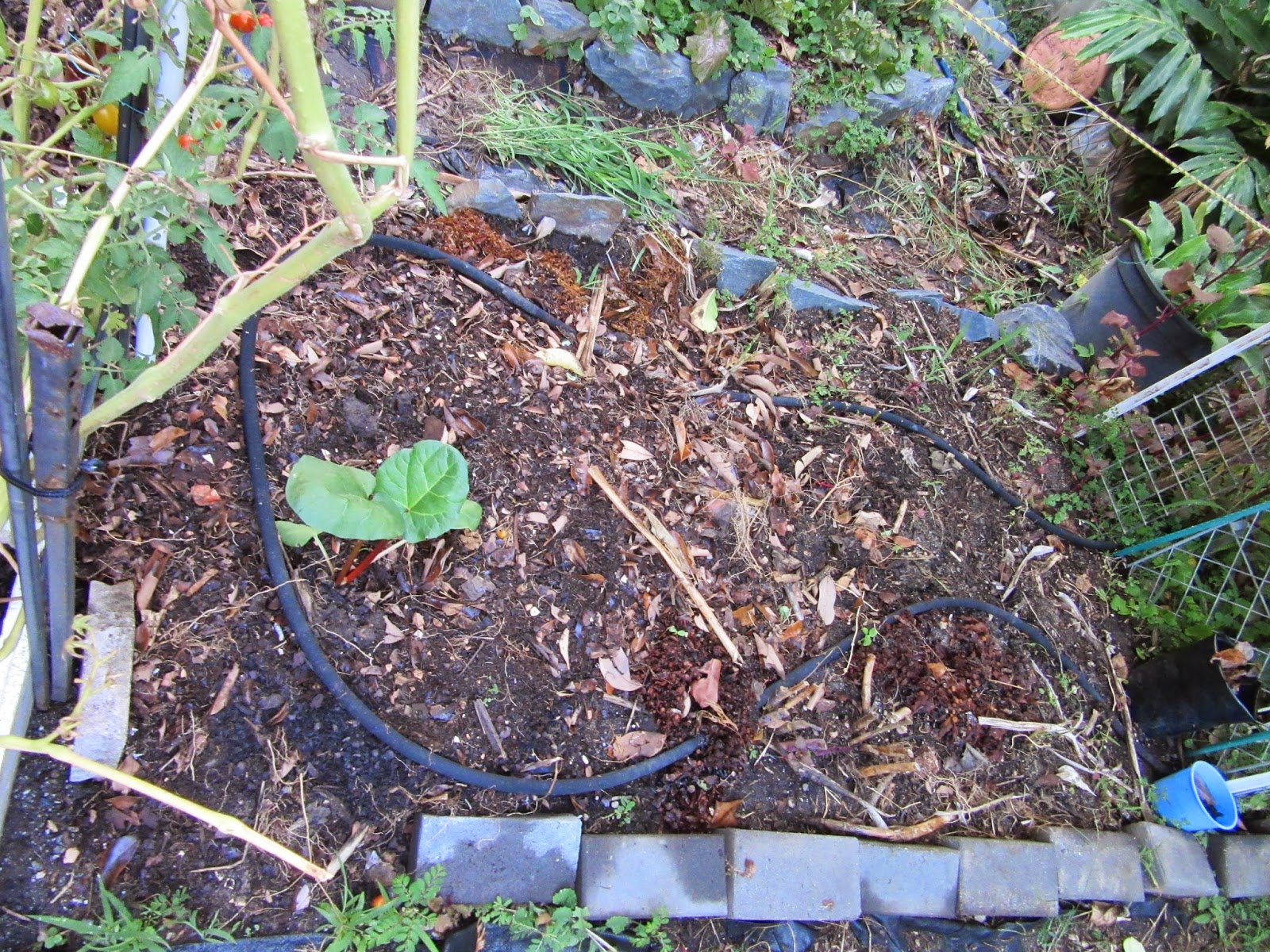 The microgreens I started out did not survive outside, under the shadecloth, even with daily watering, so I am trying them in some coir in my multilayered sprouter inside the kitchen.

In the next month I am going to add some mulch and keep down the weeds as much as possible.  This time of the year is not our best growing season
Posted by africanaussie at 9:39 AM