Tropical fruit in my food forest

When I first started my little garden the only plant in the back yard was our rather large lychee tree... and lots of grass.  Eventually my garden evolved, and I never thought that I would have the room for much fruit. I was thinking of fruit trees in their own little orchard. Not every fruit tree is as big as the lychee tree though, and slowly more and more fruit has been added, until I think I am heading towards having a food forest.
The idea of a food forest is to have layers, which works well in the tropics where most plants need shade from the direct hot sun.  I have quite a few pawpaw in the back veggie patch as they spring up on their own, and I let some of them grow to maturity.  They are the yellow pawpaw, and I have recently added a red papaya to add a bit of variety.  Then I have a lime mandarin and barbados cherry  in the middle veggie patch - they can both be kept small by pruning.   Most of the time I still keep up a small shadecloth but I think eventually I will no longer need it.  You can see the cherry creates quite an open canopy - perfect for dappled shade. 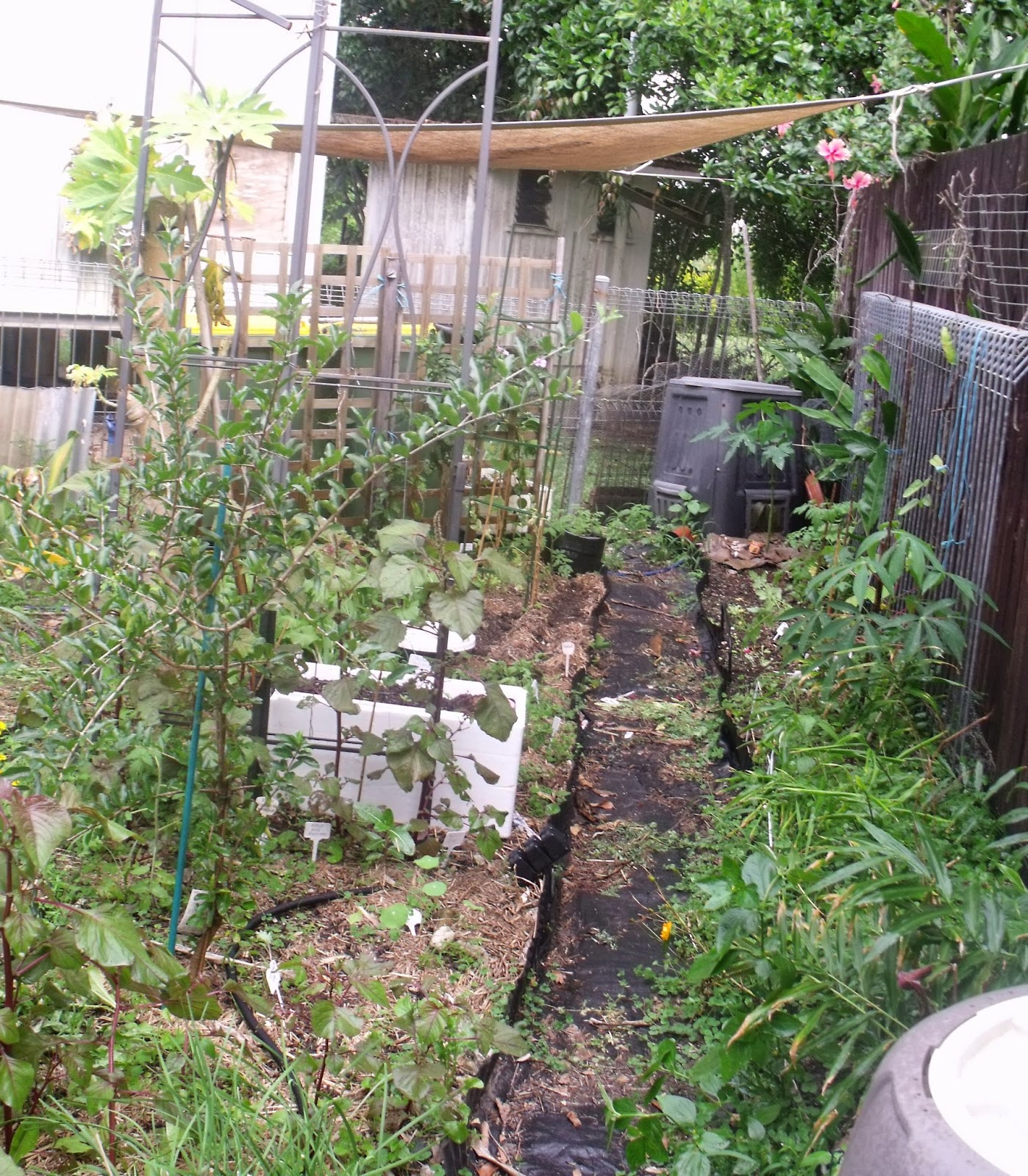 In two pots in the side garden I have a lime and a lemon tree.  I am monitoring to see if they get enough sunshine, but for now that is where they will stay.

I still wanted more fruit, and began to look at the side fence of the carport in a different light.  Full afternoon sun, but the ground was rocks, and I wasnt about to dig that up.  Now I have a row of pots along the fence and everything seems to be doing well in fruit salad alley.   A fig, a mulberry, a pawpaw, passionfruit vines, lime mandarin. Pots of strawberries attached to the fence are doing well - I have picked a few ripe juicy strawberries already. 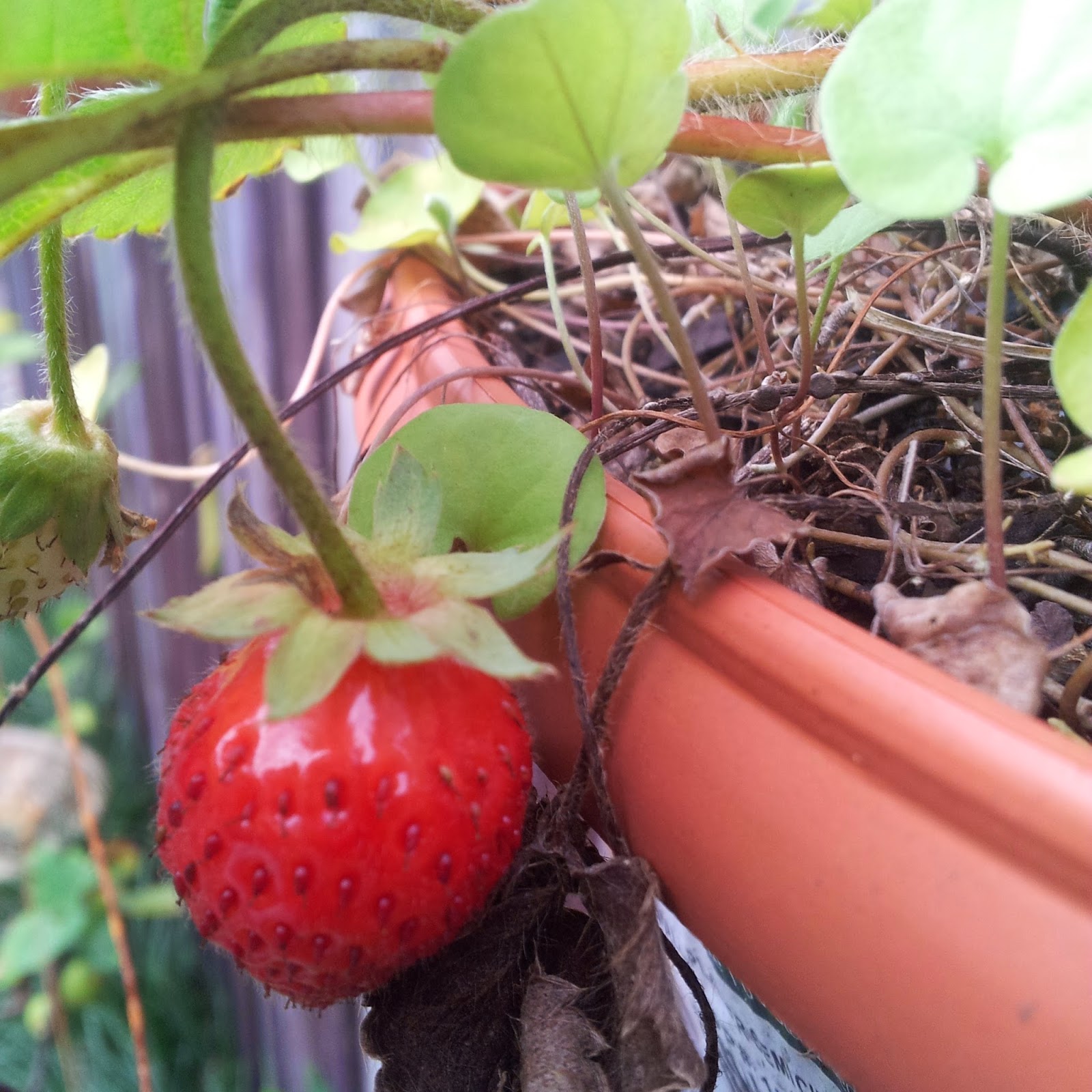 I will add some pineapples as I get tops to start them off (thanks for that suggestion Ros!) then over the weekend I purchased a dragonfruit at the markets, and have been toying with the idea of adding one of those to my garden. 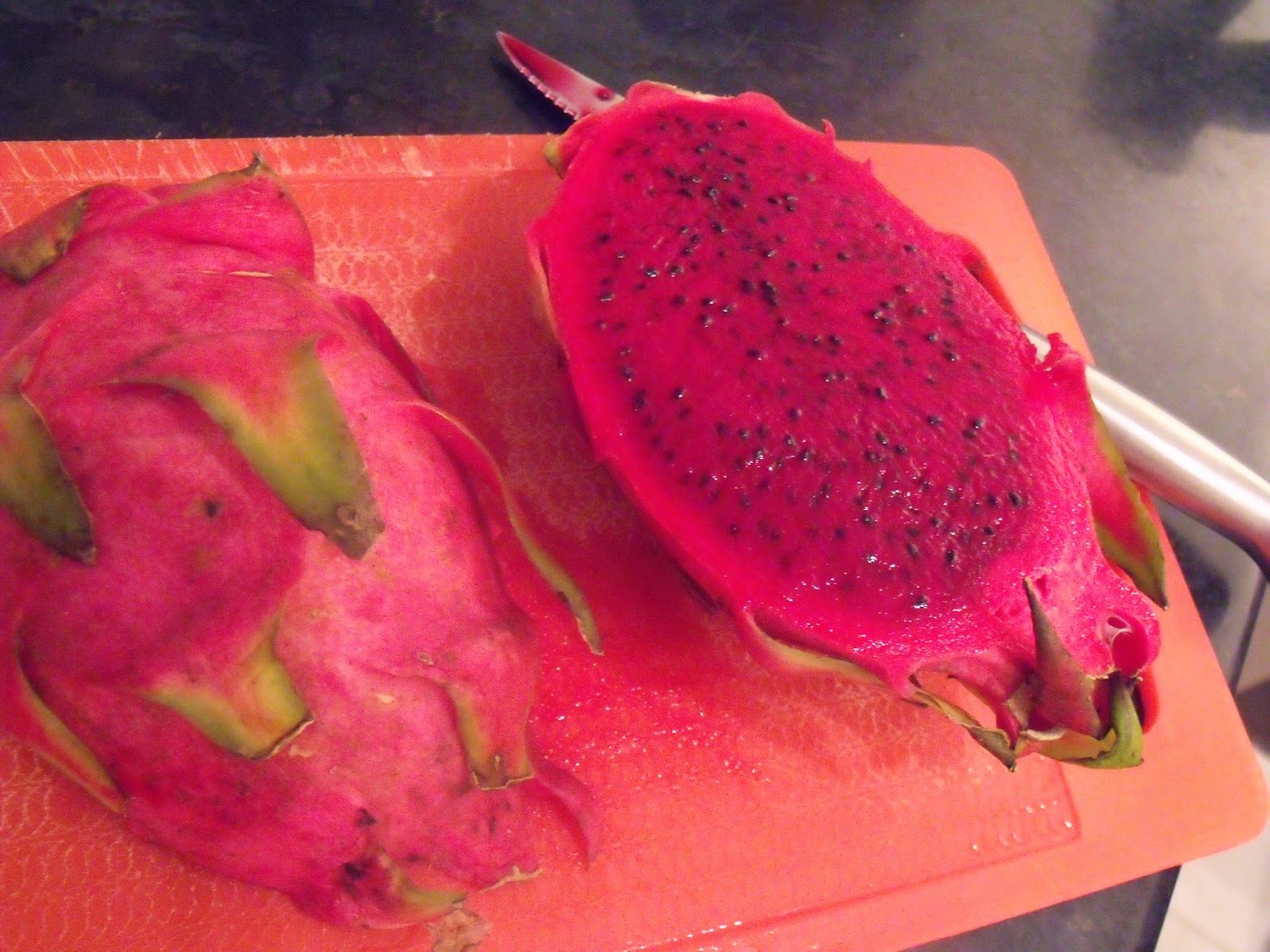 I always thought they were too big, but tied to a pole I have seen them growing up away from little fingers that might get hurt from their prickles (they are a cactus).  I have a friend who has some little suckers and she said I could drop in and pick one up, so I picked up two and they have gone into the corner pots with the passionfruit and be supported on the fence posts.  They normally are freestanding attached to a support post, but we will see how mine go against the fence - they might set a new trend! Yuumy - it is one of my favourite tropical fruits.   Now I need to look for  a dwarf coconut.....
Posted by africanaussie at 9:25 AM