Lots of digging in the veggie patch

Since I last posted there has been lots of digging going on.  Two trees were removed - a moringa in the herb spiral and the barbados cherry in the veggie bed. Those roots were everywhere, and I think were robbing the veggie beds of nutrition.    This is looking from the back, and I have collected the roots that I dug up to go into the high part of the swale -  as these roots break down they will add to the soil structure.  I am also going to empty out the compost bin and cover it with soil for the same reason.  You can see here that the soil is lower at the back of the beds and then rises up to the swale. 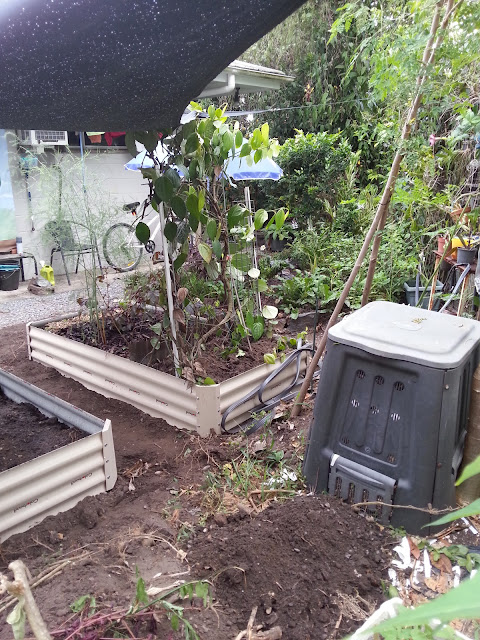 I still have leveling and digging of these paths to go.  I am not sure what I am going to do with the bed alongside the fence.  I like the idea of a row of those wicking polystyrene boxes as I like to  grow solanacea family in them as I have bacterial wilt in the soil. With the rest of the garden looking so nice and neat, will the polystyrene  boxes look untidy?  any other ideas? 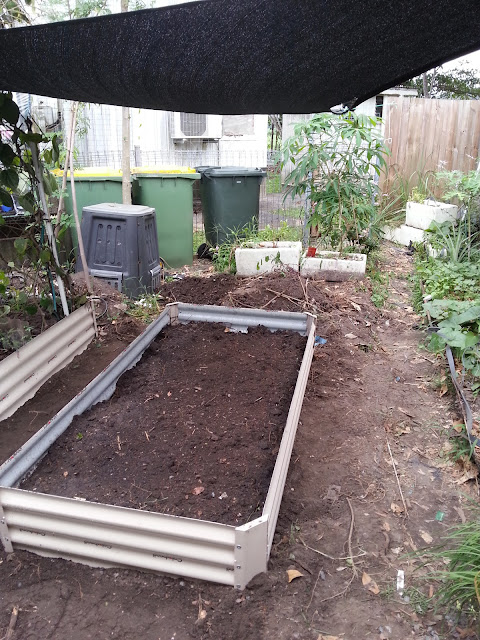 The gazebo did not make it out to the back, but the shade cloth works really well over the area, and in the end  I have put the beds this way as I think it works better for the drainage. the bed to the left has the perennials - I severely cut back the peppercorn plant, and kept the barrier to stop it spreading into the forward part of the bed.  I dug out the asparagus plants, and re-planted them, although the one big very productive plant I left and just built up around it - I hope this was an ok thing to do, but I really didn't want to disturb the roots.I planted out a few perennial rocket and parsley in the front of the bed, and sweet leaf against the divider  The other bed has tons of compost and chicken manure mixed in with the soil, as I am going to move the compost tumbler and need to have it be almost empty in order to move it.  This bed will be the bed I grow in mostly during the dry season, and for now I have planted a green manure crop. 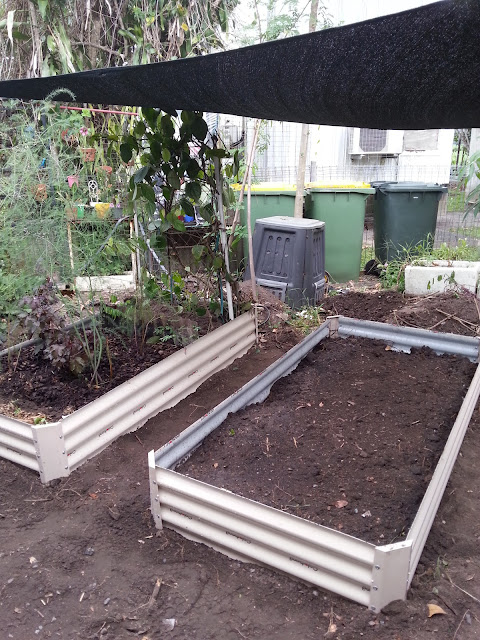 I put up the umbrella in the herb spiral while I was working to give myself a little respite from the heat.  The herb spiral was tidied up and mulched.  It badly needed some TLC.  I like how my little hedge in the besa bricks is working out. 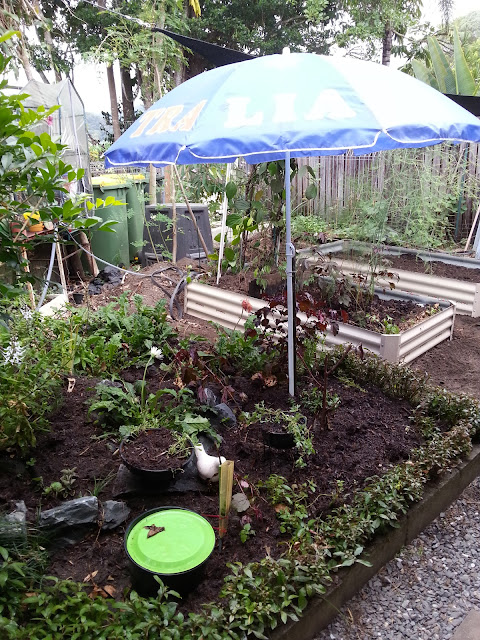 I watered in my plants, and then later on we had some lovely drenching drain.  I feel I am on the homeward run now - more than halfway through this total revamp of the veggie garden.
Posted by africanaussie at 10:30 AM